Basic Knowledge Of The Blender

Agitating machinery is a device that forces liquid and gaseous media to convect and evenly mix. The type, size and speed of the blender have an effect on the distribution of the agitation power between the overall flow and the turbulent pulsation. In general, the power distribution of a turbo blender is advantageous for turbulent pulsation, while a propeller blender is advantageous for overall flow. So how should the blender be selected? The Vertical Mixer Supplier will come to tell you.

For the same type of blender, under the same power consumption conditions, the large diameter, low speed blender, the power is mainly consumed by the overall flow, which is conducive to macro mixing. Small-diameter, high-speed blenders, the power is mainly consumed by turbulent pulsation, which is conducive to micro-mixing. The amplification of the blender is a complex problem related to the process. It can only be amplified by step-by-step experience and extrapolated to the industrial scale according to the obtained amplification criteria.

1) The mixing of the low-viscosity mutual solution below the viscosity mutual solution is a homogeneous pure physical mixing process. The main controlling factor is the circulation rate, and the shearing action of the blade is secondary. When the viscosity of the two liquids differs greatly, the presence of shear facilitates the dispersion of the higher viscosity liquid throughout the container, which is beneficial to the enhancement of turbulent diffusion. Commonly used blenders are propulsion, inclined-blade turbine, long thin-leaf spiral, and three-leaf rear-bend. When the viscosity is less than 0.4 Pa.s, especially below 0.1 Pa.s, it is often operated in the turbulent zone, and a pusher blender is most suitable at this time. This is due to the small diameter of the propeller blender, high rotational speed, high cycle capacity and low power consumption (operating under full baffle conditions), which can form a strong circulating flow.

2) High-viscosity liquid mixed high-viscosity liquid mixing operation is usually in a laminar flow state, and its corresponding viscosity ranges from 1 to 1000 Pa.s. The high-viscosity liquid operates under laminar flow without obvious turbulence. After the fluid leaves the blender, its energy is quickly dissipated, so the volume circulation cannot be caused by the tumbling of the fluid, and the fluid is often directly driven by a large area to achieve mixing. The blender has an anchor type, a frame type, a ribbon type, a screw type and the like. The anchor blender has a simple structure and is widely used, and the mixing efficiency is low due to the lack of axial circulation flow. When the number of stirred thunder is greater than 50, the resulting two circulating streams improve the mixing characteristics. Since the shape of the anchor blender is matched with the stirred tank, when the blade sweeps across the wall, it can promote heat exchange between the material and the wall of the kettle, and can reduce thin sticks and improve mixing performance.

What is the specific selection procedure for the blender? 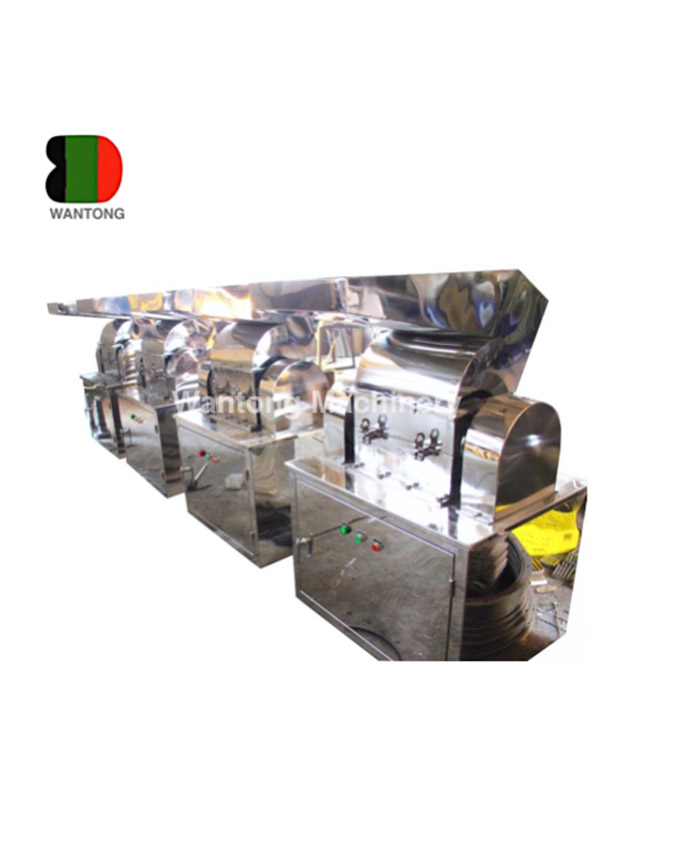 The design and selection of the stirring device is closely combined with the purpose of the mixing operation. Different mixing processes need to be realized by different mixing devices. In the design and selection, the blender type, motor power and stirring speed are determined according to the purpose and requirements of the mixing operation, and then the reducer and the frame are selected. , agitator shaft, shaft seal and other components. The general steps are as follows:

2. According to the determined type of blender and the flow state generated by the blender during the mixing process, the control requirements of the mixing and mixing time, the sedimentation speed and the dispersion degree are determined by the experimental means and the computer simulation design to determine the motor power, the stirring speed, blender diameter. For example, a V Shaped Mixer or a belt blender is selected depending on the object to be stirred.

The above is the basic knowledge about the blender, I hope to be helpful to everyone, if you are interested in the blender, you can contact us, we not only have a blender, but also a Crusher Granulator and other machinery, you are welcome to buy.

Previous: How To Maintain The Powder Mixer?

Next: What Are The Application Areas Of The Pulverizer?