The Industrial Mixer Manufacturers In India

What is a blender？ 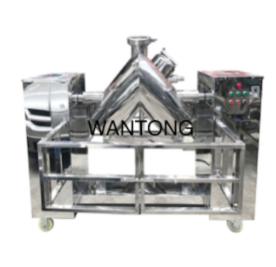 Blender is named as mixer. Mixer, is a construction machinery, mainly used for mixing cement, sand, all kinds of dry mortar and other building materials. It is a machine with a vane shaft rotating in a cylinder or groove, mixing various materials into a mixture or suitable consistency. There are many kinds of mixers, such as forced mixer, single horizontal shaft mixer, double horizontal shaft mixer, etc.

Industrial mixers are classified by mode of operation

According to the mode of operation, there are two kinds of cyclic operation and continuous operation.

The three processes of feeding, mixing and discharging are carried out according to a certain time interval, that is, mixing by portion.

As the mixed materials are accurately weighed, the mixing quality is good. Most use this type of operation.

The above three processes of continuous operation are carried out continuously in a long cylinder. Although its productivity is higher than that of circular operation, the mixing quality is poor due to the difficult control of mixing ratio and stirring time. Less used. 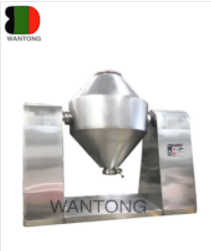 Industrial mixers are classified by means of mixing

According to the stirring method, there are two kinds of self-falling stirring and forced stirring.

A self - falling mixer is a mixer in which the mixture is placed in a rotating drum.Do this again and again until the mixture is well combined.This mixer generally mixes plastic and semi-plastic concrete.

Forced agitator is the drum is not moving, but by the drum rotating shaft on the evenly placed blades forced mixing.This mixer has good mixing quality and high production efficiency.But the power consumption is big, and the blade wears quickly.Generally suitable for mixing dry concrete.

The Industrial Mixer Manufacturers In India 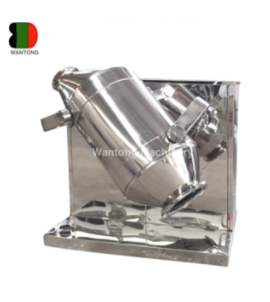 The industrial mixer supplier for india

We are a professional manufacturer of industrial machinery in Jiangsu province, China. Our main products are mixing, drying, granulation, sieving, and SE type powder production line machinery. Widely used in chemical, pharmaceutical, food, and other industries.

If you want to buy the industrial mixers such as V Shaped Mixer Mixing Machine With Protective Guard please contect us and send an e-mail.

Previous: Do You Know The Principle And Method Of Dryer Selection?